In their new roles, they will chair panels with social service and lay members to decide whether workers’ fitness to practise is impaired.

Their appointments have increased the extensive work that Ampersand members undertake in the regulatory field. 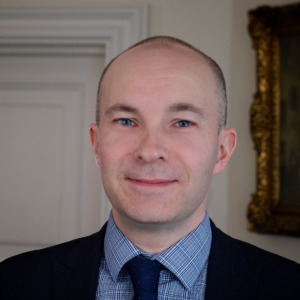 The Management Committee and members of Ampersand Advocates would like to acknowledge the long service of Head Clerk, Alan Moffat, who began working as a Deputy Clerk in the Ferguson Stable in July 2000. He became Head Clerk and Practice Manager of the newly formed Ampersand set in April 2007. He currently heads up our highly regarded clerking team of six and they look after the practices of our 60 counsel.

Stable Director, Susanne Tanner QC, thanked Alan on behalf of the membership for his loyalty and dedication to Ampersand, its members and the rest of the clerking team. She said: “Alan and I both joined the Faculty of Advocates in July 2000, as a Deputy Clerk and junior counsel, respectively. We have worked together for twenty years, during which time much has changed in the legal landscape. Alan has embraced all of the changes, particularly those in the fields of legal technology, social media and wellbeing at work. He has also managed to gain his LLB degree with distinction along the way! In recent months, he has risen to all of the challenges to practice posed by the pandemic and our thanks go to him and his team for their continued support. We hope that he enjoys his well-earned period of summer leave with his family”.

The pursuers identified two key risks posed by tram rails to cyclists: (1) a risk of the tyre or tyres slipping on the metal rails; and (2) a risk of the tyre or tyres becoming caught in the metal groove of the rail. There was no dispute that these risks can be minimised if the rails are crossed at right angles.  As the angle shallows so the risk of the wheel slipping or becoming caught increases.  Crossing at an angle lower than 45 degrees increases the risk of an accident to an intolerable level.

The pursuers maintained that the defenders [the roads authority] had a duty to take reasonable care to:

Quantum was agreed in both cases. The Lord Ordinary formulated the question of liability as “whether the features at the two locations (Haymarket and Princes Street) presented a significant risk of harm to cyclists and of which the defenders knew or ought to have known”? [48]

Accordingly, the task for the Court was to decide in respect of each location:

Both pursuers were found to be “credible and reliable in the essentials of their evidence” [170].  The Lord Ordinary found that the pursuers “sustained an accident in the circumstances they each described” [173].

In relation to Haymarket she found that there was no safe angle achievable for a cyclist who remained in the traffic lane as it crossed over the tram rails. [184]. The road layout constituted a significant hazard to cyclists. In relation to Princes Street the problem occurred because a cyclist would reasonably adopt a position in between the tram rails in the right-hand lane of Princes Street while heading east.  As a consequence, in order to cycle out from between the rails Mr Lowdean would have been unable to achieve an angle of 45 degrees.  Any angle he was able to achieve was below that threshold and unsafe {188]

Having considered the evidence, Lady Wolffe concluded that the road layout at Haymarket and Princes Street constituted a significant hazard to cyclists, which was “inherent in the tram infrastructure” [192].   The particular risk in both locations was being required to cross the rails at too shallow an angle and having to do so while following the expected line and direction of travel. [192]

The defenders’ contention that the risk was obvious and accordingly no duty arose was rejected. It was “too simplistic” to note that the rails were not concealed.  The risk was posed by tram rails in the roadway running for some distance alongside a cyclist’s direction of travel and which the cyclist is obliged at some point to cross at too shallow an angle. [193] [194].  In any event even if the risk was obvious the road layout and infrastructure afforded the pursuers little realistic chance safely to negotiate or avoid it. [194]

The specific risks at both locations were known or reasonably foreseeable to the defenders. They had been identified in road safety audits carried out before the accidents [195].

Finally, the defenders’ pleas of contributory negligence were rejected. [200] – [204] The submission for the pursuers was that each pursuer was aware of the tram lines, knew of the need to cross them at as wide an angle as possible, and tried to do so at an appropriate speed in the road conditions at the time. Both pursuers did the best that they could under the circumstances.  It was not suggested to them in cross-examination that they had failed to take care in any specific respect.  There was no suggestion that they had failed in any respect to observe the terms of the Highway code [Rules 59 to 82 Highway Code 7/12] There was no evidential basis for any finding of contributory negligence.

Susanne Tanner QC has been appointed as a Legal Member of the Health and Education Chamber of the First-tier Tribunal for Scotland. She will sit as a part-time Chair to determine references brought by parents of school children and young people with additional support needs, and disability discrimination claims brought by parents, children and young people in relation to their education. She continues in her role as a part-time Legal Member and Chair in the Housing and Education Chamber of the First-tier tribunal and will perform both roles alongside her practice at the Bar.